Another promising product from ODIN, the AR-15 Light Adjustable Buffer. Perfect for those who want to fine tune their custom AR-15.

Among many of the amazing brands at Shot Show 2020, none stood out more than Odin Works. This small company popped up on my radar a half a year ago when I was entertaining the idea of doing a Beowolf .50 Cal PDW build.

Knowing there would likely be some cycling issues and some failures in regards to ejecting spent casings, I was told Odin Works created an adjustable buffer that would help me fine-tune this system. This gave me the incentive to make a point to stop by their booth at Shot Show this year. I was impressed with the range of products and the dedication their staff had to their company. There were several products that stood out, including their Ultralight Forearms, their Adjustable Weight Buffer Systems, and their new 9mm 16-inch Super Light Barrels. 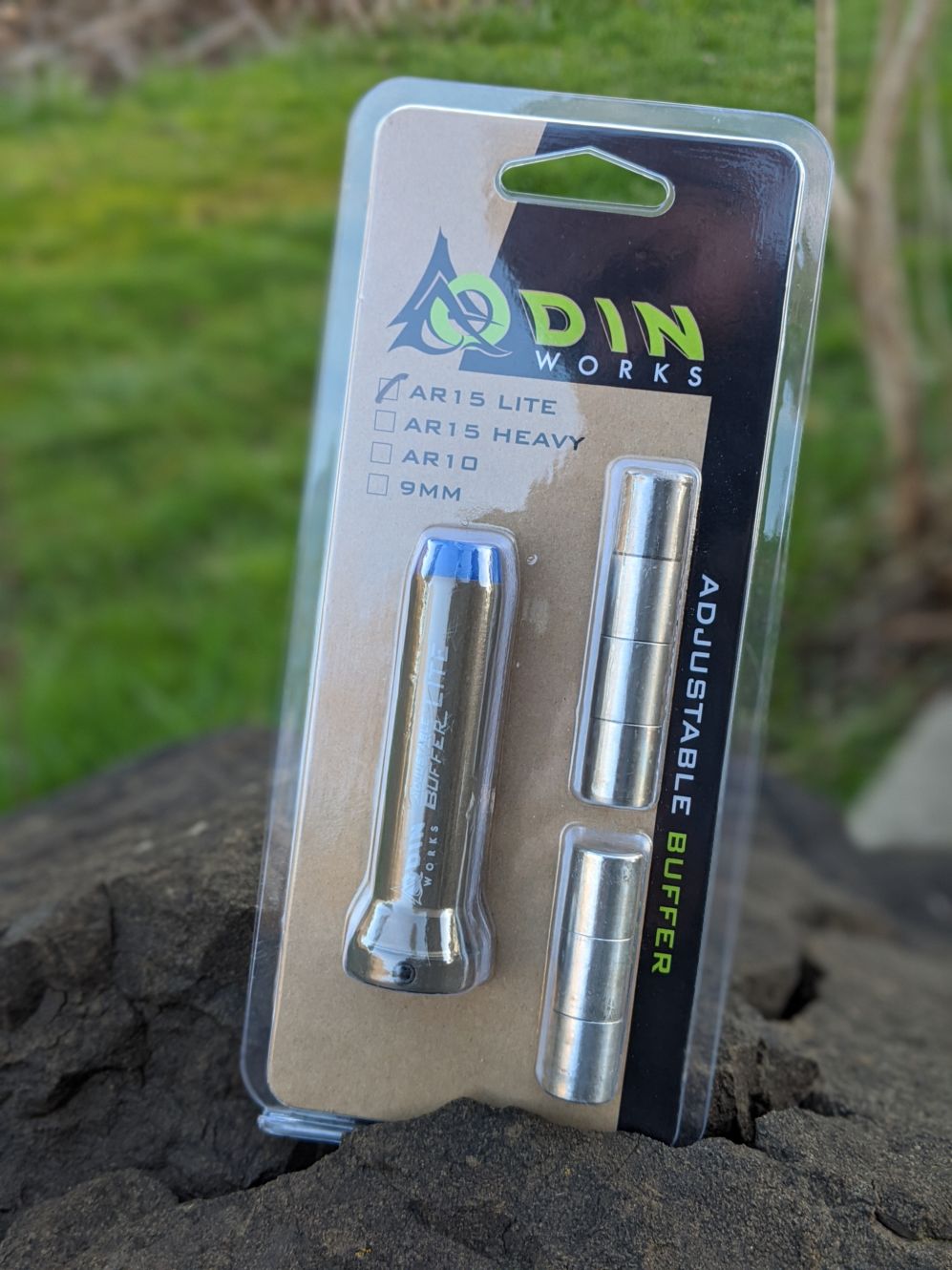 Everything we seem to pick up at their booth felt like it floated on the clouds. The attention to detail with their products was amazing and the knowledge of their staff was astounding. I had the joy of speaking with Daniel Rouston, the Chief Robotics, Integration, and Automation Engineer. He told explored some of the depth of the products and the engineering that went into their adjustable buffers. Not only did he have great knowledge about the products they designed, but he had a depth of knowledge in AR setup that astounded me.


He told me what products I should be looking for, and he also mentioned they make an adjustable gas block that may fit on the barrel, allowing for an easier adjustment of the system when switching lower pistol receivers. Pretty sure an adjustable buffer is what would work best for me, I got details lined out to pick up an AR15 Light Adjustable Buffer. Now my system from the initial firings seems to have too much weight to properly throw the bolt carrier back and eject the spent casing. By lightening up the buffer I hope to preserve enough energy to allow the bolt carrier group to cycle properly. 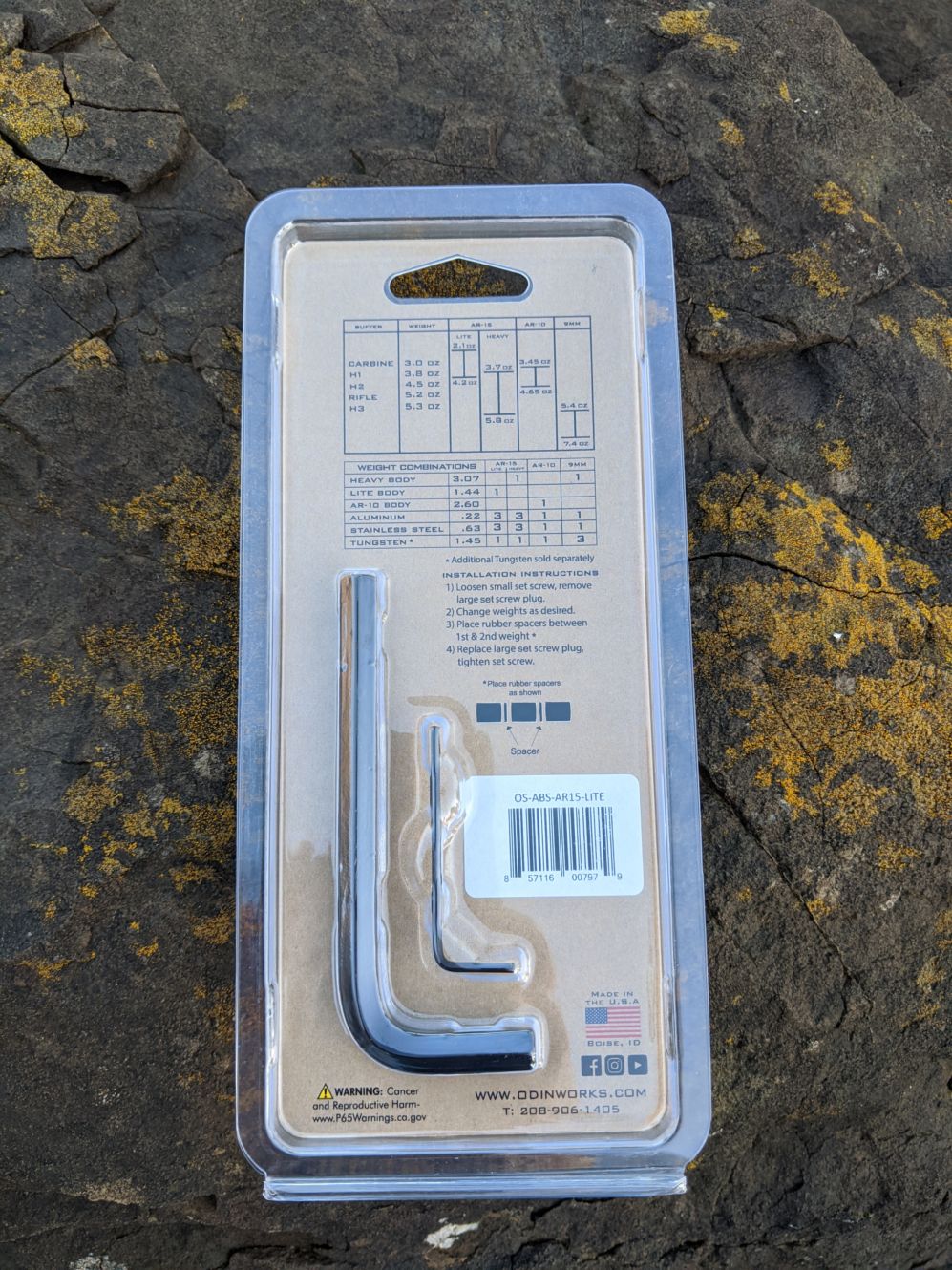 Now they sell several different adjustable buffers, the AR15 Light, the AR15 Heavy, the AR10, and the 9mm. I picked out the AR15 Light, which is adjustable from 2.1 ounces to 4.2 ounces. Now the Heavy model goes from 3.7 to 5.8 ounces. You'll notice that there's an overlap between 3.7 ounces and 4.2 ounces in which either the Light or the Heavy Buffers are cross-compatible.


The AR10 buffer works from 3.45 to 4.65 ounces and the 9 mm is adjustable for 5.4 ounces to 4.7 ounces. Instructions are included on the packaging, along with all the tools and parts you need to adjust the system. The reason Odin Works stuck out for an adjustable buffer is they place their weights inside of the buffer itself. On the strike face of the buffer there is a large flush mount hex-head bolt that acts as a cap to allow you to remove and place buffer weights inside of the body of the buffer tube. This large hex cap is locked in place by an hex-head set screw that appears to mount on the bottom of the edge of the buffer body. As the weather turns warmer, I hope to do a lot more shooting, and first on the list is getting my Beowolf .50 Cal PDW tuned. I will be following up with a report on how well the system works and I'll be excited to install and use the Odin Works Adjustable Buffer.