The VENTA Rifle Scope is an affordable scope with high-end features. With advanced optics and coatings, this scope will let you see well, even in the darkest conditions.

The Viridian VENTA Rifle Scope is perfect for anyone who wants a great shooting experience without spending a fortune.

You can buy the Viridian VENTA 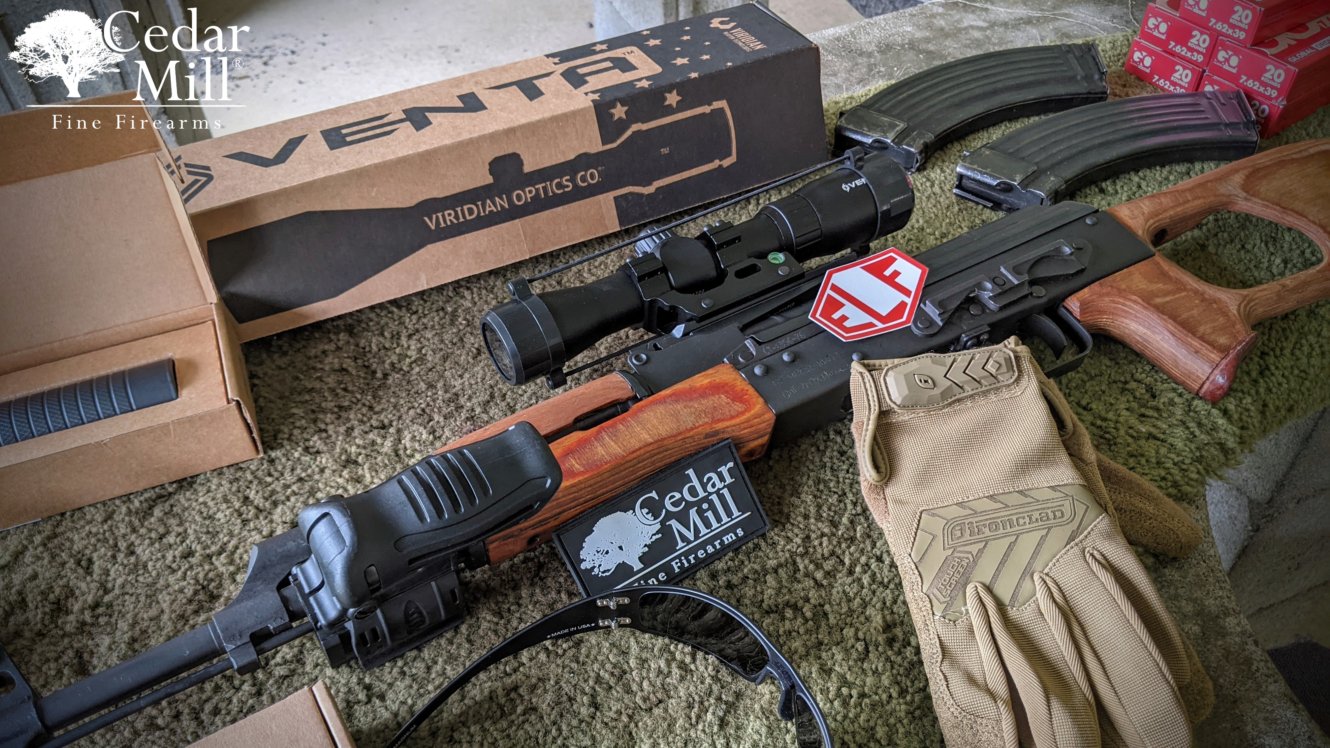 The Venta is housed in a beautiful kraft cardboard box. The outside of the box has a lot of branding that will aid in identifying exactly what you are getting. You’ll even learn a little bit about Viridian and what they stand for on the inside. The scope was well protected during shipment within the container.

The only thing lacking was the scope mounts. I thought it would include a pair of Picatinny rail attachments, but it isn't very typical for manufacturers to supply scope clamps with their scopes. This is probably due to the many mounting possibilities that modern firearms now provide. 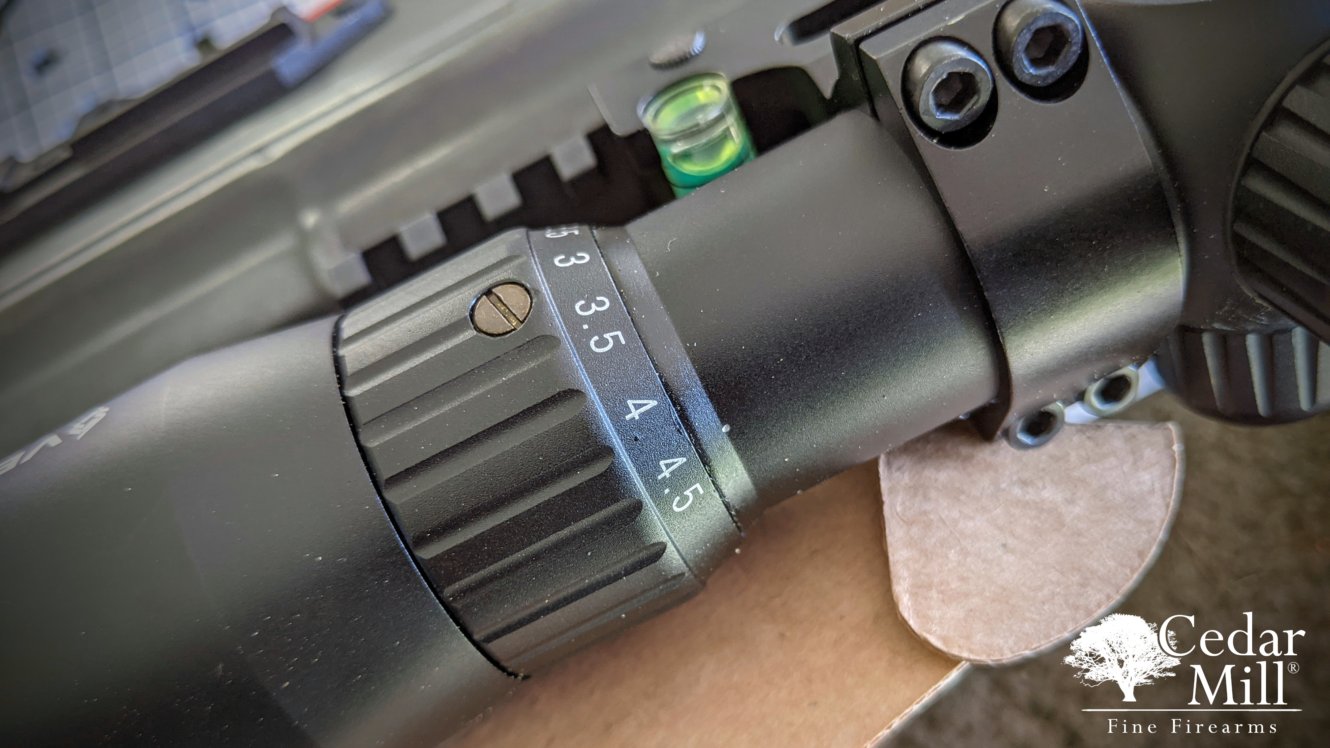 The installation procedure was simple. For the scope, Cedar Mill Fine Firearms provided a free Picatinny rail attachment. Regardless of whether or not it was a prototype or not (bias included), the mount they provided was excellent. The scope mount used weight-reducing cuts on the body of the mount, as well as quick attach hex head screws.

The scope was attached to the AK-47 using a Barwarus Sula scope mount, which worked well for the job. I'm also delighted with how well it works in allowing me to clean my AK without taking off the scope. It's really simple to zero this rifle scope. There are two turrets: a top and a side turret.

The elevation of your crosshairs may be adjusted with the top turret, while windage is adjusted with the side turret. One thing to bear in mind is that you don't need a particular tool to make these adjustments. To adjust windage and elevation on many of the scopes I've owned, I've used a flat-tip screwdriver. The large gripped turrets on the Viridian Venta provide markings all the way around. 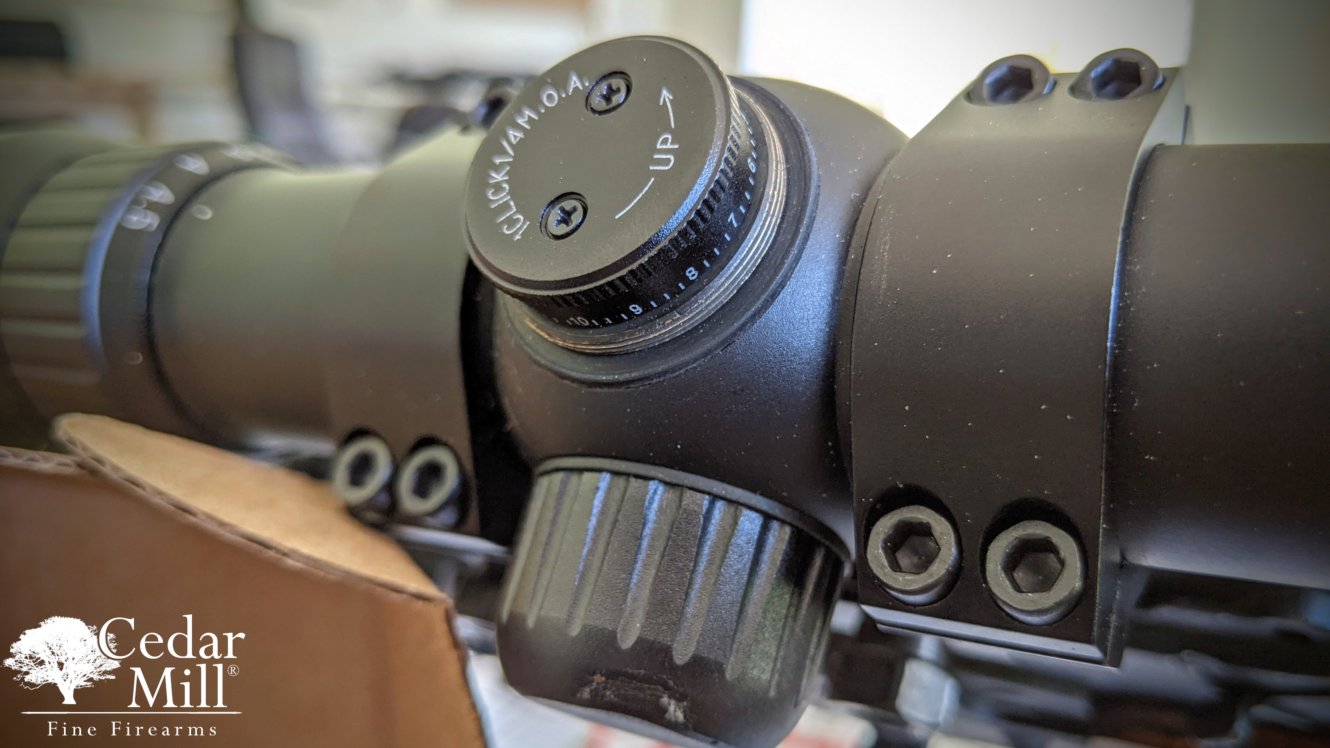 On the scope's body, the zoom can be adjusted simply with one hand. On the power ring, a flathead screw covers the hole where you would normally attach a throw lever. The fast-focus eyepiece functioned similarly to other scopes I've owned and used the same settings as I do on my other scopes.

I started my field tests of the Venta rifle scope when I arrived at the range. Previously, I had utilized the bore sighter, which allowed me to shoot at least on paper and this worked fairly well. By shooting an absurdly huge piece of paper, I was able to follow and evaluate my shots to zero in the scope.

While attached to an AK-47, the scope had fallen on a concrete surface and dented one of the turret caps. Aside from that, the scope was in excellent shape. Operating the sight was quite easy, as there were no instructions included. I was able to enjoy the rest of the day firing lead downrange after setting it at zero.

The Mil-Dot reticle is crystal clear, delicate, and provides a high level of detail. The parallax is set for 100 yards, which is a pleasant distance for this rifle. The 5-¼” eye relief on the platform I used worked well, especially with Barwarus' forward mounting solution. When you zoom up to 4-½, the objective begins to narrow considerably, but it's still comfortable.

The scope's clarity and light transmission are fantastic right out of the box. I've used a lot of more costly scopes that didn't have quite the clarity of this one. I believe that much of the cost is due to it being a second focal plane model. Regardless, I'm ecstatic about it. 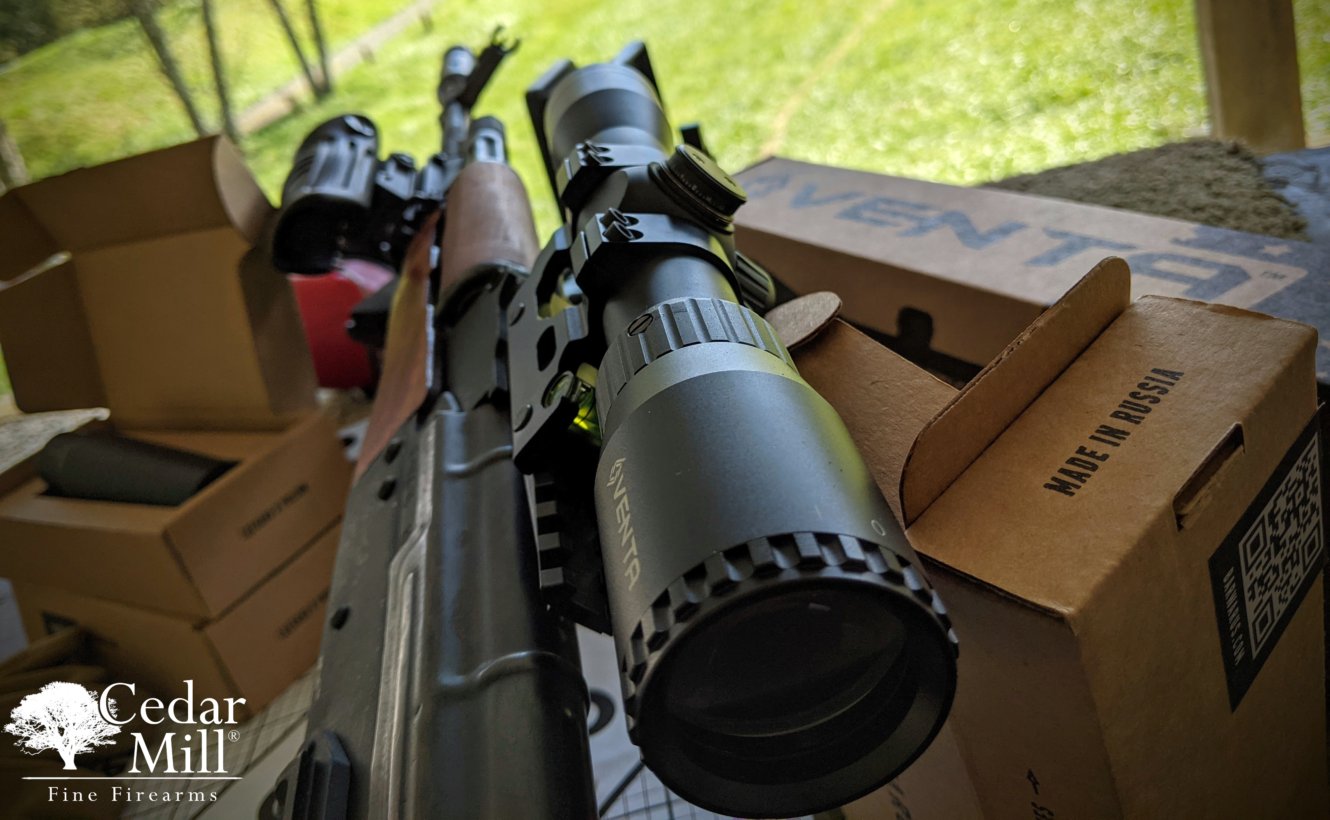 An AK-47 is not a hunting rifle. So I'm not referring to my specific set-up; instead, I'd put the scope on any of my Varmint guns or deer rifles without hesitation. A 4-½ power telescope is appropriate for a deer near the river bottom or in dense brush.

With gophers, it's occasionally preferable to operate at 4.5 power or higher, and I can achieve this with this Viridian scope. Knowing that I can always rely on the quality and clarity of the Viridian optics makes me feel more at ease when it's about time to purchase another scope.

I like the scope's big picture. I have a lot of other scopes to look through, but when I put the Venta up to my eye, I get a little grin on my face. The reticle and clarity are fantastic. On the AK-47, the eye relief is adequate, and the amount of zoom provided is great for shooting scenarios in which you'll be using your rifle. I've used cheap Amazon optics that aren't even a fraction as good as this scope, and I've owned more expensive hunting scopes that could learn something from Viridian's Venta.