Will a gun fire after it has been underwater? Will a wet handgun jam? Can we say that modern guns like the AK-47 are as reliable as older firearms such as the revolver?

All guns are different. Their design and durability determine the extent to which water can damage a firearm and/or prevent its ability to shoot. Some guns work just fine even after being previously submerged, others will work only when dropped in the water, but quickly retrieved and dried. Unfortunately, some guns will not function at all when wet.

When the gun is exposed to natural waterways, silt, grit, and other debris carried by the water can infiltrate intricate workings and mechanisms, severely compromising the action and safety of the firearm.

Will A Gun Fire Underwater?

Yes, but not consistently.

Should you fire a gun underwater?

No, you should never fire a gun underwater.

Depending on the type of gun, it is possible to fire underwater. However, there are still many factors to consider in determining how effective a gun will be when shooting underwater. There are some pretty common things that happen to guns underwater. Water causes issues with the ammunition, the action, and the projectile ballistics.

Once you get your gun underwater, the barrel almost immediately fills up with water. All that water in the barrel has to be pushed out by the bullet. Depending on the length of the barrel, the weight of all this water might be several times heavier than the bullet itself. Pushing this water significantly reduces the muzzle velocity.

Guns are designed to work in standard atmospheric conditions which means that being submerged in water causes trouble with the action of most semi-automatic handguns and rifles.

Water is obviously more dense than air, when you try to fire bullets underwater, the weight of the water slows down the bullet making it lethal in just a few steps away unlike when you fire it above the surface. Another thing is when the water enters the cartridge, the gunpowder gets soaked and in the end may result in failure to ignite. That being said, yes you can fire your guns underwater BUT your gun may not work for the very purpose you need it to like underwater defense. 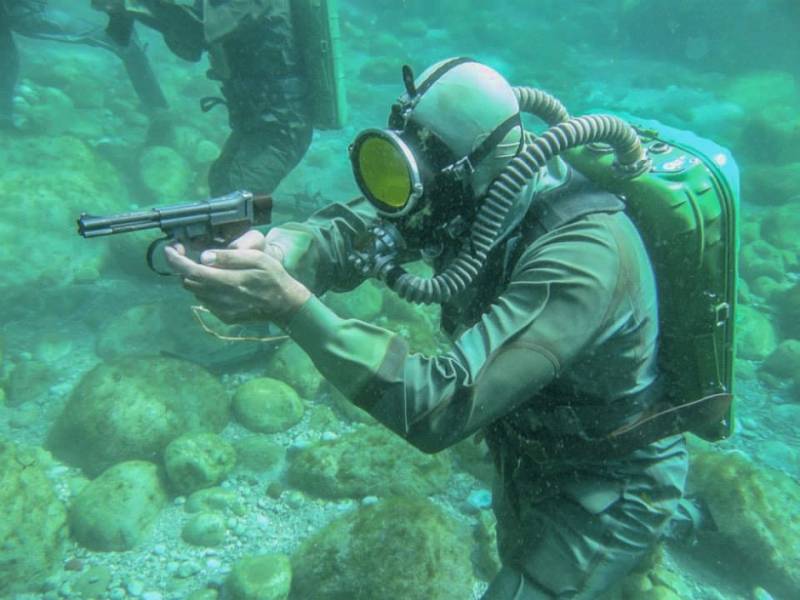 Here are some issues that may hinder the functionality of firearms submerged underwater:

Ammunition: The problem starts here. Modern ammunition is watertight and you may still fire them outdoors during heavy rain or high-humidity season. However, if submerged underwater for too long, it’s likely that water will get into the casing and render the powder too wet to ignite. So before firing ammunition, you must put into consideration how long it was submerged underwater. Another thing is the gunpowder is made up of Potassium nitrate/Saltpeter which acts as an oxidizer for the powder to ignite. When the powder is soaked, this component easily gets dissolved thereby causing problems for the gunpowder to ignite.

Action: Guns being submerged underwater may disrupt the action of most semi-automatic handguns and rifles. The expended casing may have problems with ejecting correctly or the water may slow down the action of the gun as you fire them. Good thing is, this is not true to all types of guns as this does not apply to revolvers and reportedly with the AK-47.

Ballistics: When guns are submerged underwater, the water quickly fills the barrel that when you fire the gun, the bullet will have to push all the water out from the barrel bearing all the weight of the water which may be heavier than the bullet. This will dramatically decrease the range of the bullet. Likely, you’ll expect to fire within 5-6 feet range.

A big NO to firing shotguns underwater or with the barrel even partially submerged. The barrel is highly likely to explode and it is dangerous and will destroy the shotgun. This can even happen with birdshot shells.

As for ammunition that has been submerged in water for any period of time, there are too many things to be considered such as the cartridge type, depth of the water, and length of time the cartridges were submerged.

As mentioned above, modern ammunition is likely to be watertight but still, we have to consider the length of time it was submerged underwater as water may have penetrated the casing and soaked the gun powder.

The water alone may ruin the gun powder when soaked. Gun powder consists of Potassium nitrate/Saltpeter that is easily dissolved by water that makes the gun powder unable to ignite.

Some of the potential hazards of attempting to salvage or use the previously submerged ammunition include, but are not limited to:

There’s no way to verify if your ammunition has been water fouled or not. Once your gun is out of the water, you should replace the ammunition that was submerged with the gun. It’s the only way to ensure the reliability of your firearm once it’s dry.

Here are some steps gun owners can follow to prevent further damage of their firearms:

Even after following these steps, there is no assurance that the firearm will function flawlessly. It is essential that the gun is inspected by an expert before you attempt to use it because it is impossible to know with certainty the damage caused to any internal mechanisms or workings of the firearm.

In some cases, you may get caught in bad weather, but fret not for your firearms when they’re secured in a Cedar Mill 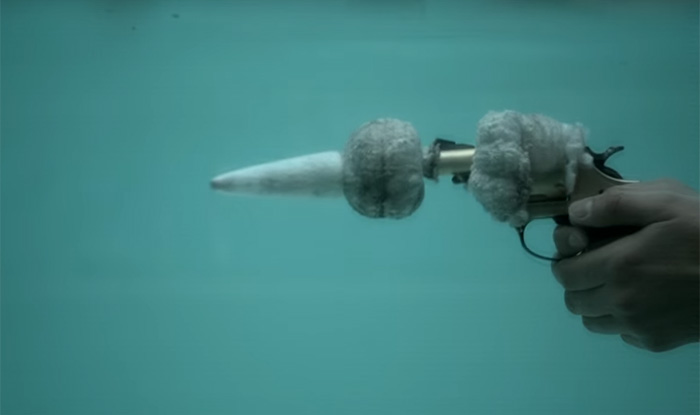 Fine Firearms case. Both our Pistol Case and Iron Clasp Rifle Case are engineered to stay afloat and are built with an O-ring seal and have an IP69 waterproof rating to keep your firearms away from dust, dirt, debris, rain, and water. What’s better is that you get all this protection for your firearms at a very affordable price.

Don’t let the bad weather cut your outdoor adventure. Use Cedar Mill Fine Firearms cases and you’re sure to keep your firearms pristine inside and out.